This paper presents one area of my research that explores the relationship between cartography and the ontologies and material history of musical scores. I am particularly interested in how musical scores, like maps, have often been the objects of semantic and symbolic experiences.

Drawing on the sixteenth-century iconography of musical scores, this paper considers the representation of a hymnal in Hans Holbein the Younger’s The Ambassadors (1533), an iconic portrait of wealth and power depicting two young French aristocrats in the court of Henry VIII. Beyond its human subjects, much of the painting’s existing mythology has involved the iconography and placement of its material objects – a lower shelf associated with the terrestrial world and an upper shelf representing the heavens and their celestial bodies.

Holbein’s placement of the Lutheran hymnal on the lower shelf, between his two Catholic subjects, has been interpreted generally as a gesture of religious tolerance and outreach, loosely related to the other musical objects, like the lute and the flutes, but standing apart from the other scientific instruments that adorn both shelves. My paper reconsiders these assumptions on two counts. First, I illustrate how the hymnal has more specific meanings, since Protestant music publications varied significantly in content, form, and function. Second, I propose that the hymnal represented both the vernacular practice of print culture as well as a reimagining of the divine; practices that were not unrelated to the terrestrial and celestial globes. As evidence of a historical soundscape, I suggest how the presence of notated music evokes a specific acoustical ecology in Holbein’s work, one that delineates sacred from profane, Catholic from Protestant, literate from non-literate, but also the more porous boundaries between the congregation and representatives of the church. These boundaries are characterized by a fluid liturgical space, rather than a more permanent sacral ideal. 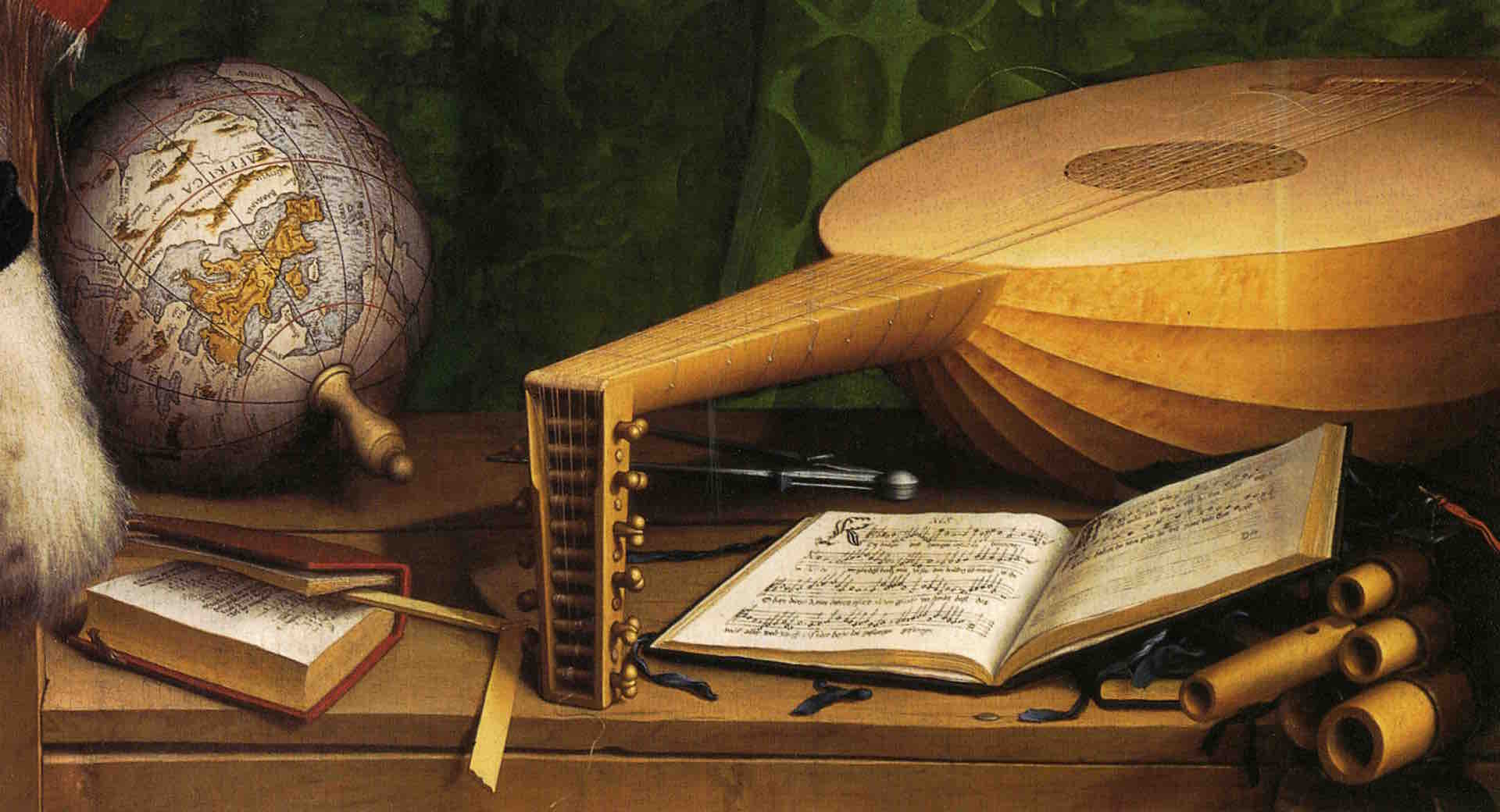