Arvo Pärt’s Lamentate (2003, piano and orchestra) was commissioned to work in conjunction with Anish Kapoor’s sculpture, Marsyas, shown in 2002 at Tate Modern and named after the mythic satyr who was flayed alive by Apollo. Kapoor’s installation featured massive steel rings joined by a span of dark red PVC membrane that exploited the length and height of Turbine hall. The last of a three-part series, Kapoor’s work was billed as an exploration of metaphysical polarities through the experience of discrete, shifting spaces. In Lamentate, Pärt’s hieratic and apocalyptic musical response engages Marsyas through its own unique set of polarities, characterized by the composer as brutally “overwhelming” and intimately “fragile.” In this presentation, I delved into the ways that Lamentate produces a humanistic and nuanced response to Kapoor’s work. One of its contact points is Pärt’s ideological critique of reason, and a suggestive blurring between time and space as a pre-condition of death. 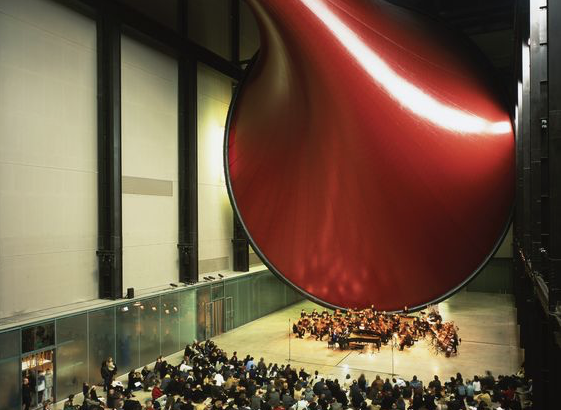