Idris Khan and the Poetics of the Score

This presentation drew on my ongoing exploration of music and mapping, in particular how musical scores and maps have cohabitated in their media, function, and poetic potential. The work of the London-based artist Idris Khan (1978- ) is a fruitful example. Since 2004, Khan’s work has appropriated scores (including works by Chopin, Beethoven, Bach, Mozart, Wagner, Schumann, Schubert, Rachmaninoff, Messiaen, Haydn, and Reich) in order to create large-scale photographic palimpsests. Khan's works involve thousands of layered digital scans, in sequential order, and combined as a single image. While the deliberate opacity of his visual composites subverts the conventional function of their source material, they also propose new understandings of authorship and time. More broadly, they invoke the musicological issues of materiality and print culture, nineteenth-century philosophical ideas about the work-concept, and twentieth-century debates regarding memory and signification.

Works such as Every … Stave of Frederick Chopin’s Nocturnes for the Piano (2004) and Hearing Voices … Schumann’s Violin Concerto (2007) not only recall the legacy of the work-concept but also give new potency to the issue of legibility. From the perspective of music and mapping, I investigated the idea that Khan’s work rehearses the central paradoxical elements of a cartographic object: 1) through its power of seduction, its status as an image, its dream-like and mythic implications and 2) as a rational construction and intellectual space ruled by intelligible models, a device to be read, interpreted, and questioned.

The goal of this work, and its upcoming publication, was to provide an alternative to existing art criticism about the content of Khan’s score-based works, one that moves beyond the well worn tropes of romantic biography. 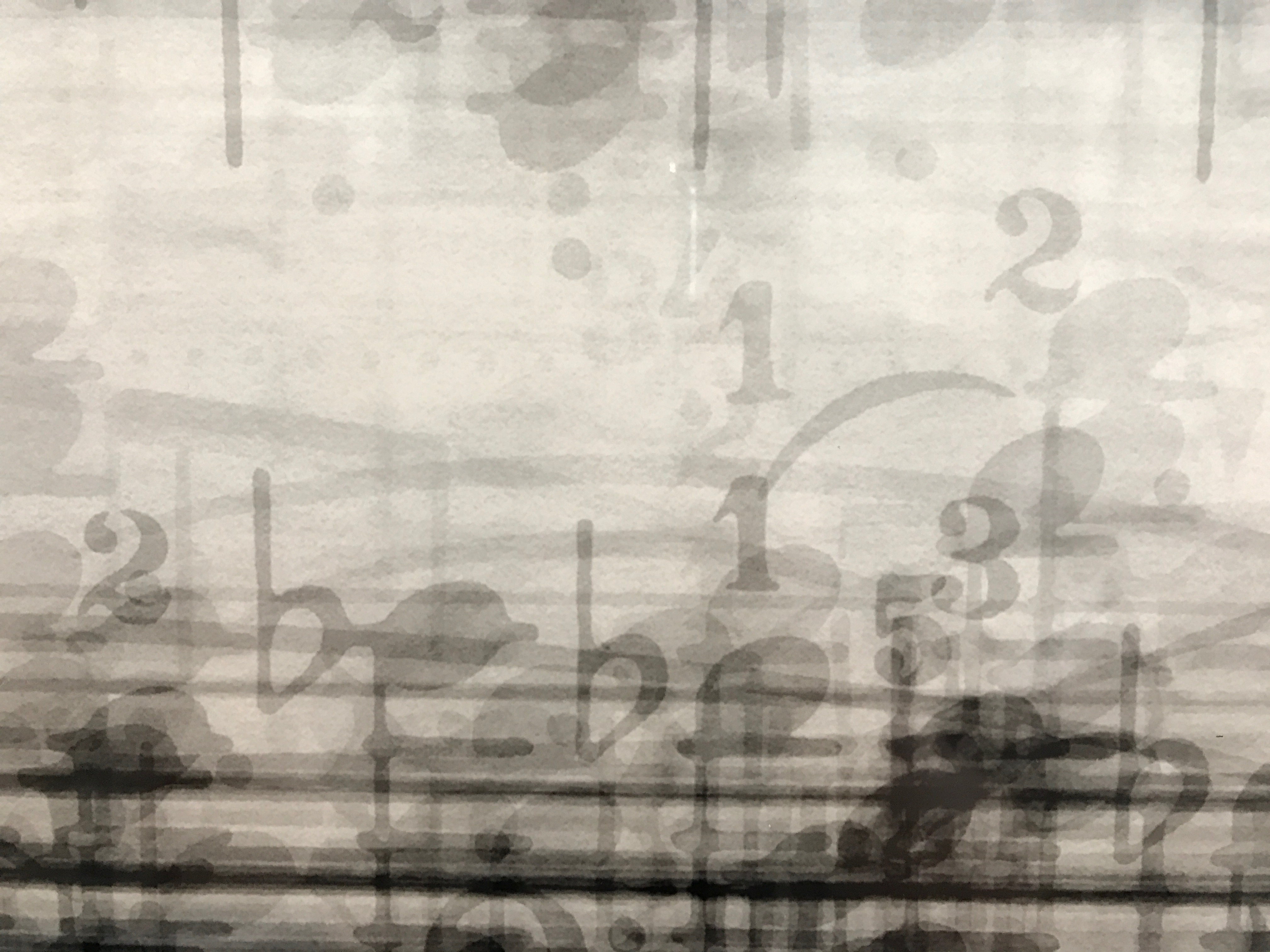