Ethos and the Industry of Culture

By all indications, the “White Light Festival” in New York City had placed Arvo Pärt at the center of the Festival's institutional mission its first year in 2010. This was achieved through a generous number of performances of his music, and by the appearance of his “white light” metaphor for listening, which served as a red thread through the Festival's public messaging. In this chapter of my edited volume, I explore how the history of the White Light Festival offers a provocative portrait of how Pärt has been received in a specific moment and place. I am particularly interested in how the composer's open-ended aphorism about the role of listening mirrors the beginnings of his institutional positioning in the festival. Against the rich context of New York City cultural programming, I present a number of reviews of the Festival, between 2010 and 2015, that describe the utility of Pärt’s music and his public ethos in the industry of culture. In the end, I suggest that the festival has initiated a new phase in the composer’s reception, one that values an experience economy in relation to his music. 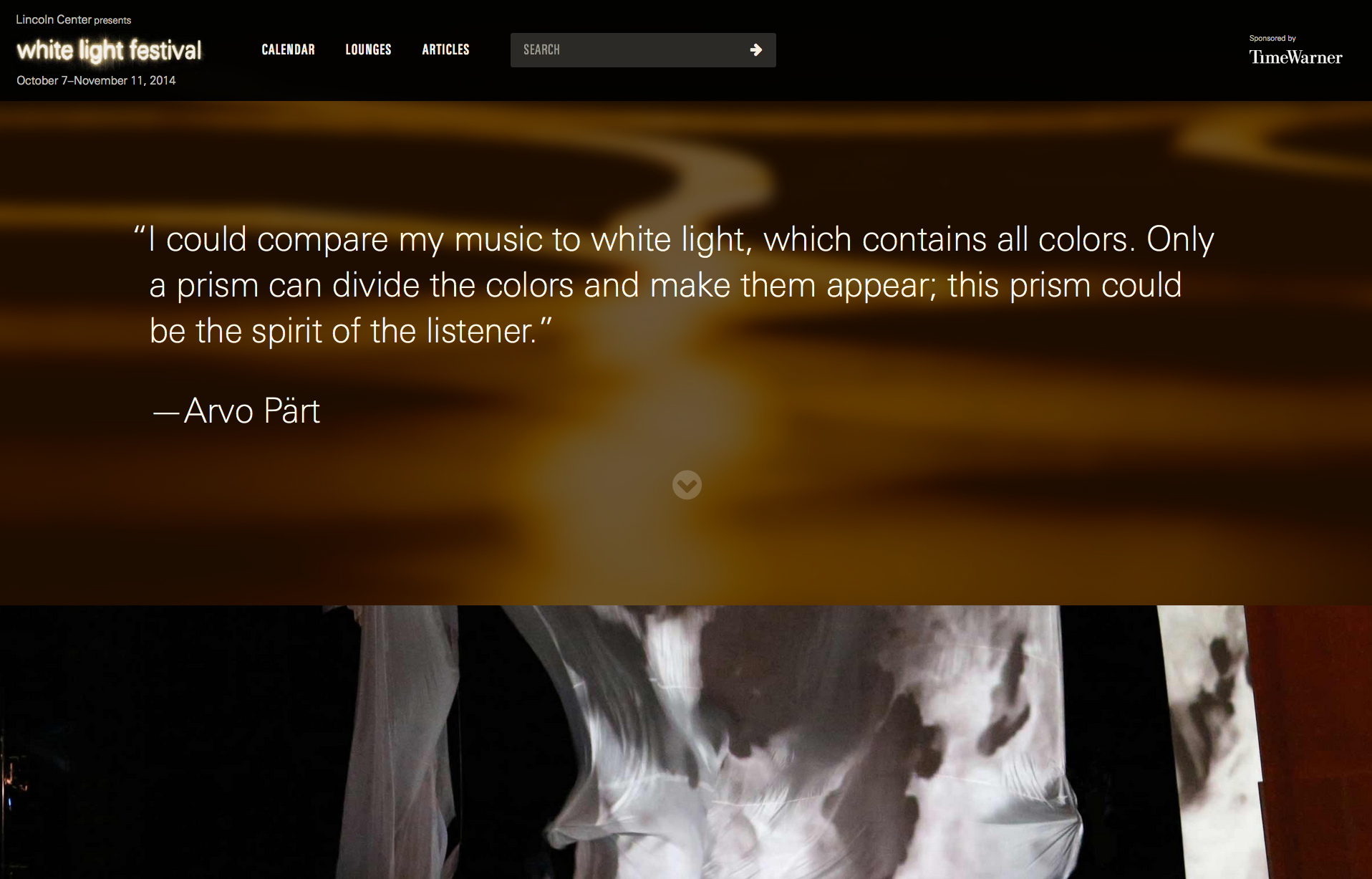