"Where I hoped rock would be"

"Where I hoped rock would be" is a series of prints that draws on ancient and early modern palimpsests as models for inscription, erasure, and memory. Multiple sheets of printed Tengujo paper are glued over a single base image. In some cases, there are also small emblems in linocut.

Inspired by historical references to the cultural crosscurrents of the Mediterranean Basin, the series title is drawn from the fifteenth-century poem Il-Kantilena, the oldest extant literary text in Maltese (a synthesis of late medieval Sicilian Arabic and Romance languages). The poem is astonishingly modern in its conceit, calling up despair, resilience, impermanence, and the geographies of place and belonging.

While the prints venture far afield in their exploration of paper manipulation and visual scale, I have limited myself to a few formal images as building blocks: a manuscript facsimile of Il-Kantilena, and two archeological footprints from one of the most ancient religious sites on earth, Ħaġar Qim located on the southern island of Malta.

“Where I hoped rock would be” serves as a metaphor for our shared histories, and the modern destructions wrought by the denial of our interdependence. Through a practice of erasure and entanglement as an alternate form of discourse, islands of human activity and their languages offer other ways of knowing. 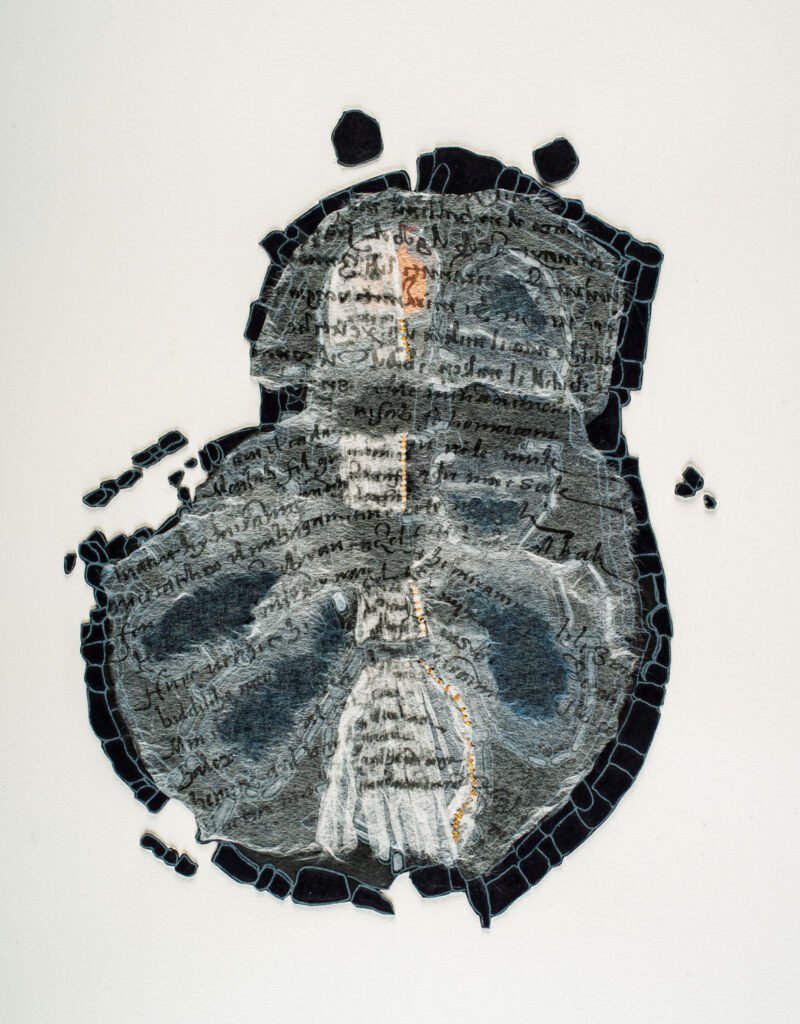 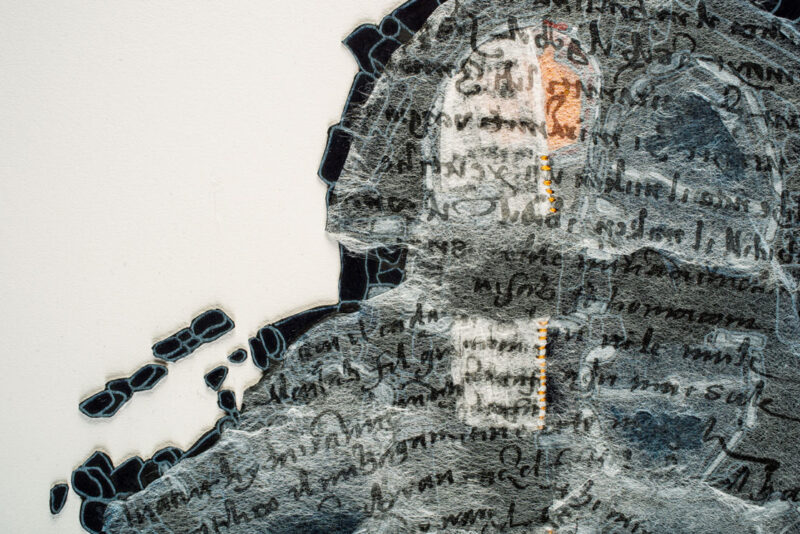 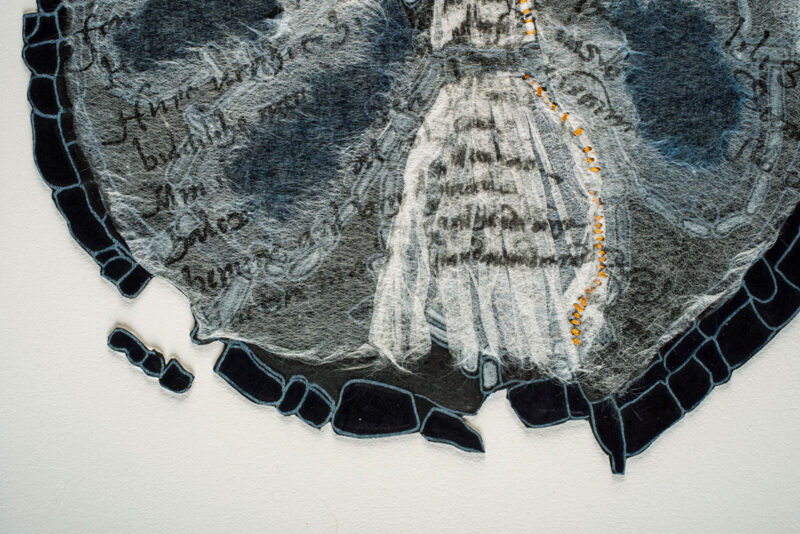 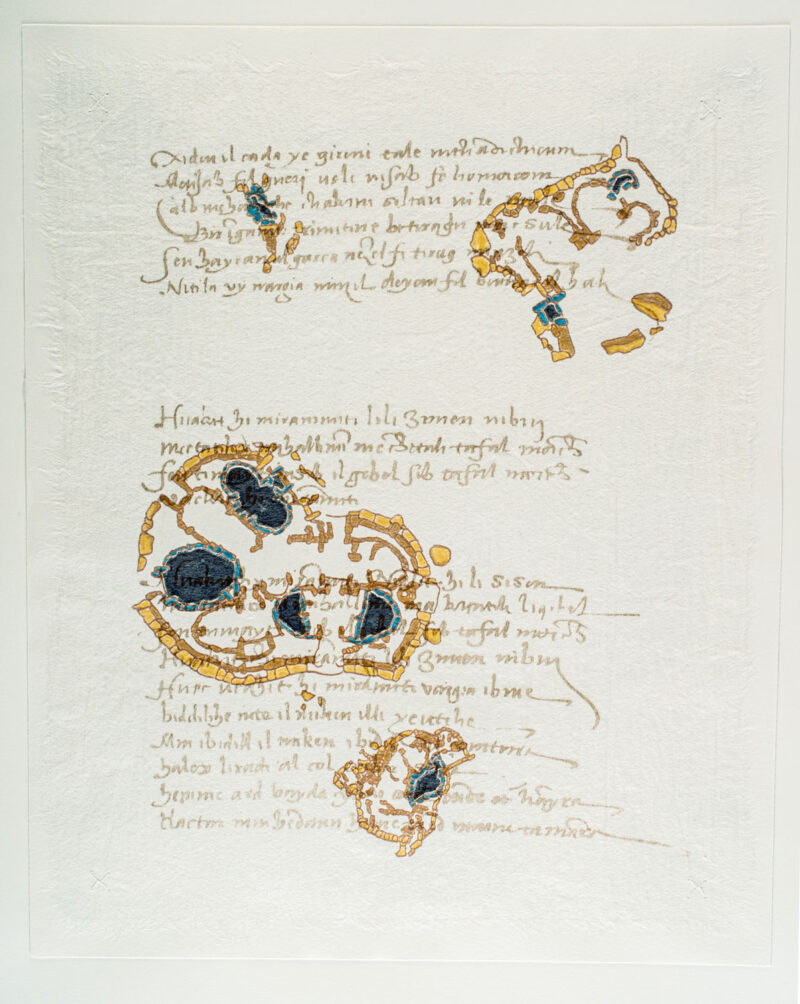 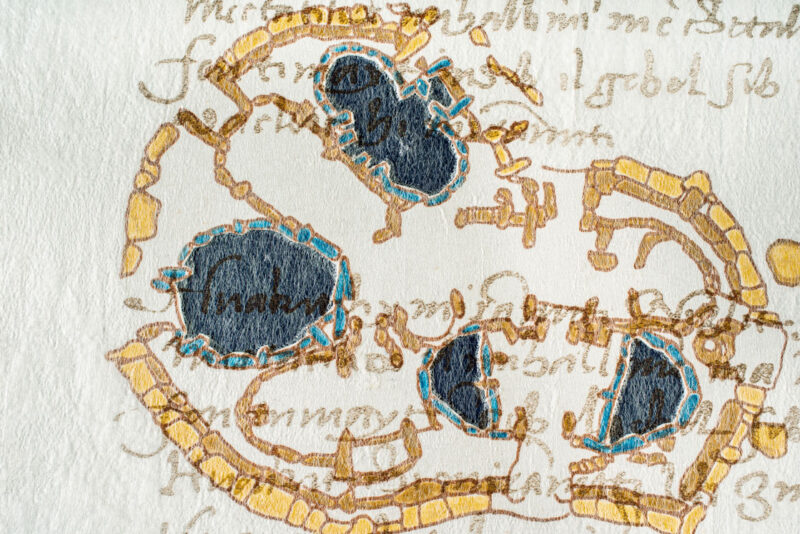 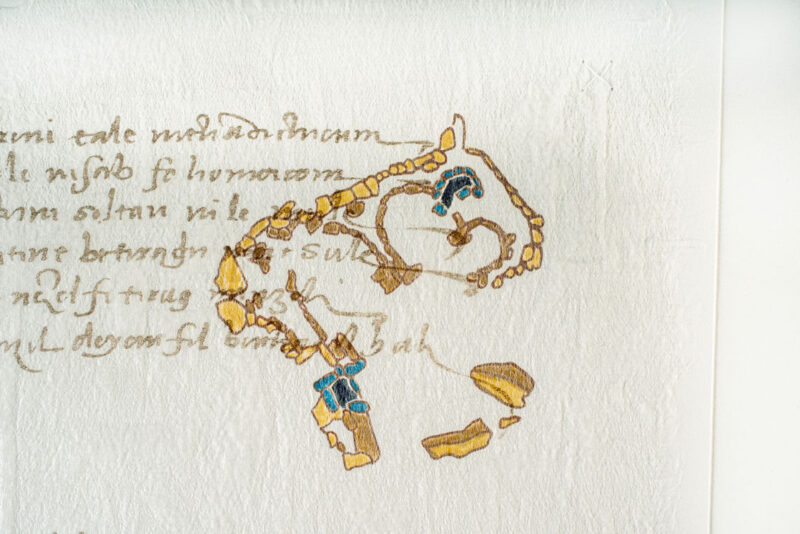 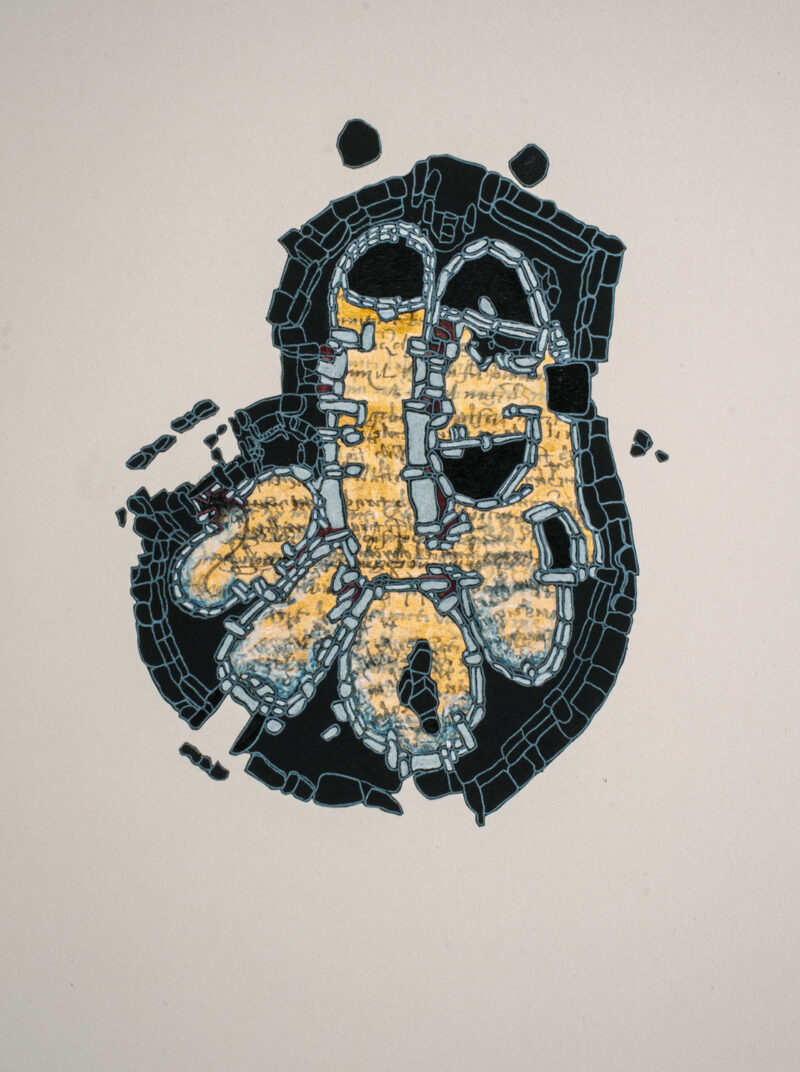 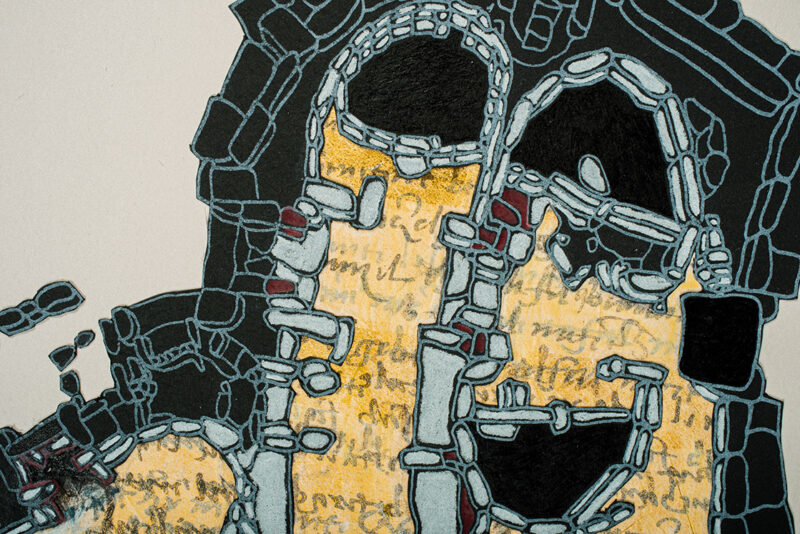 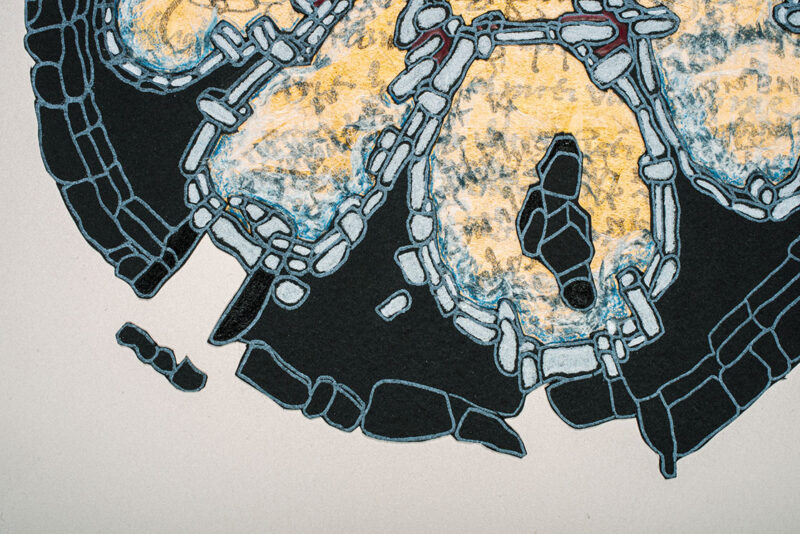 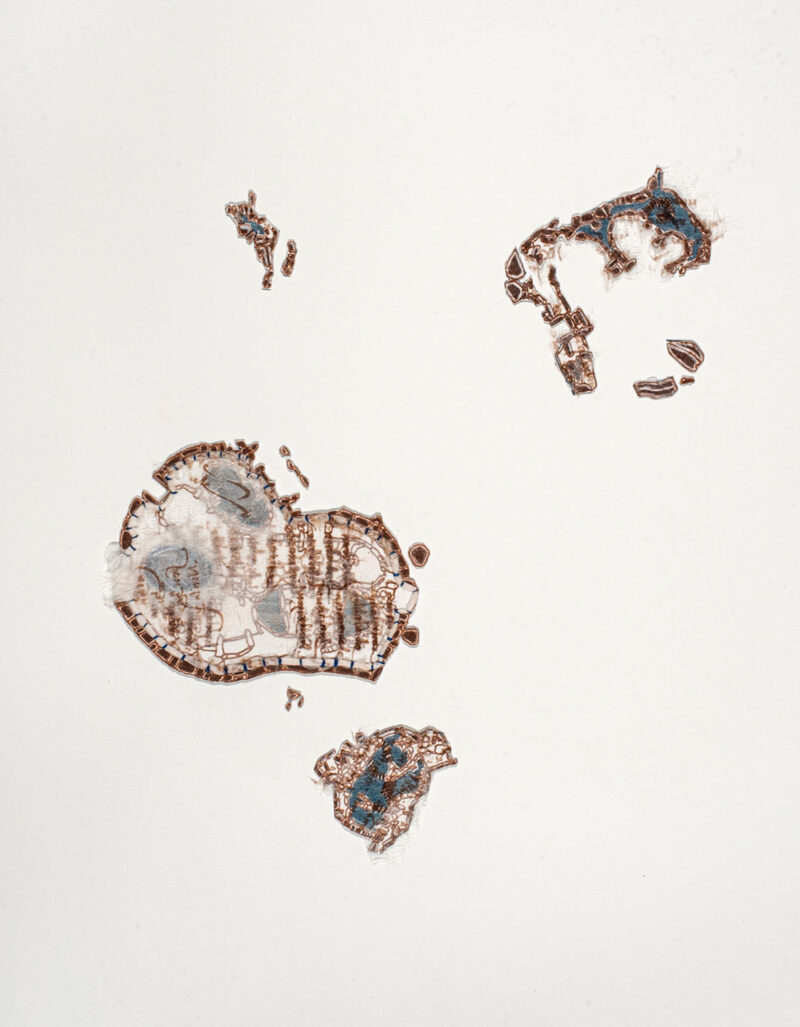 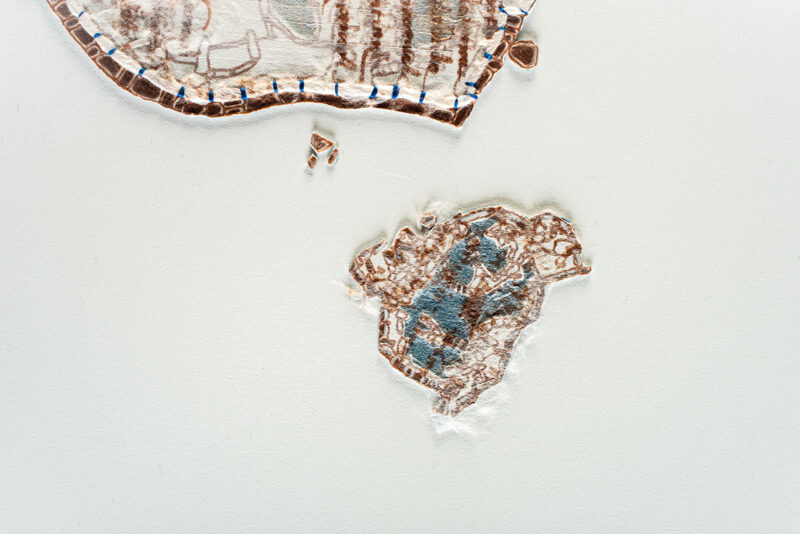 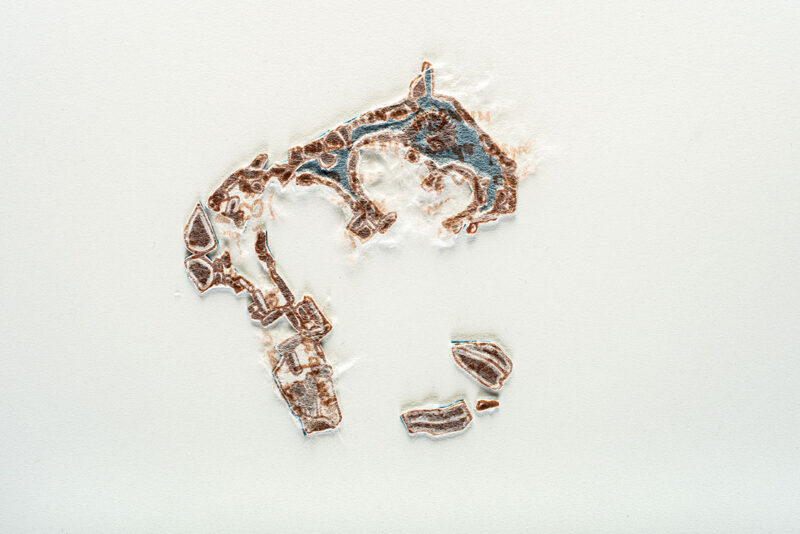 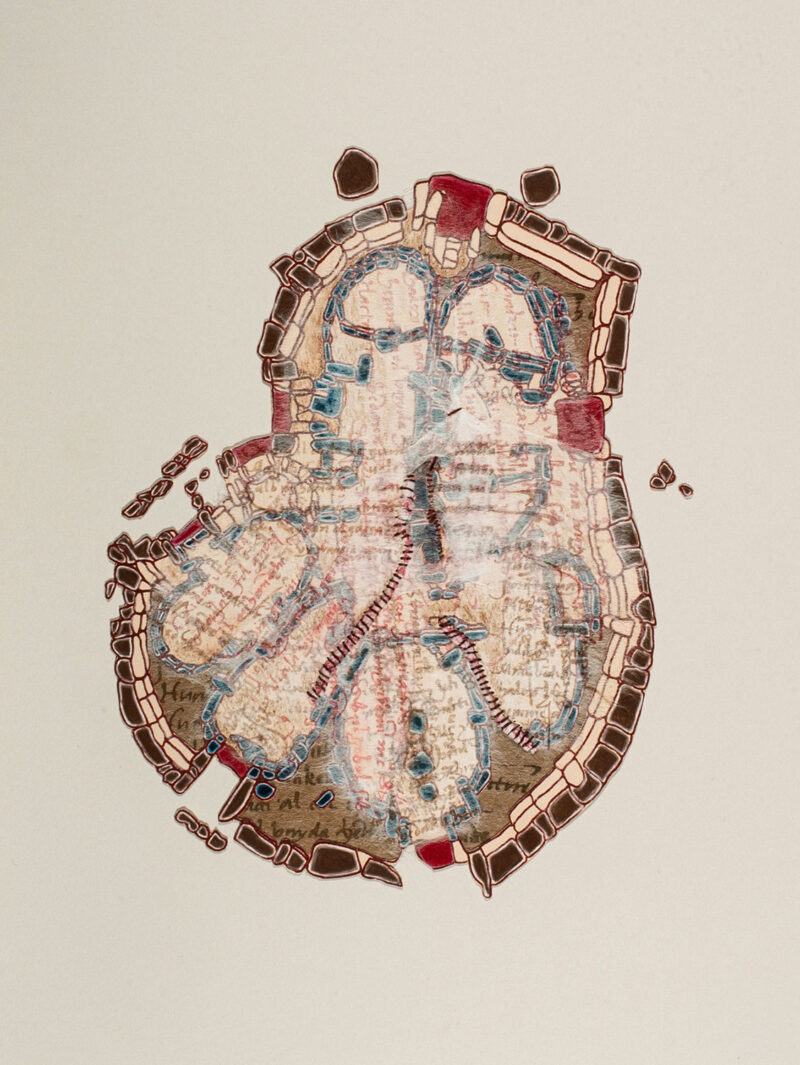 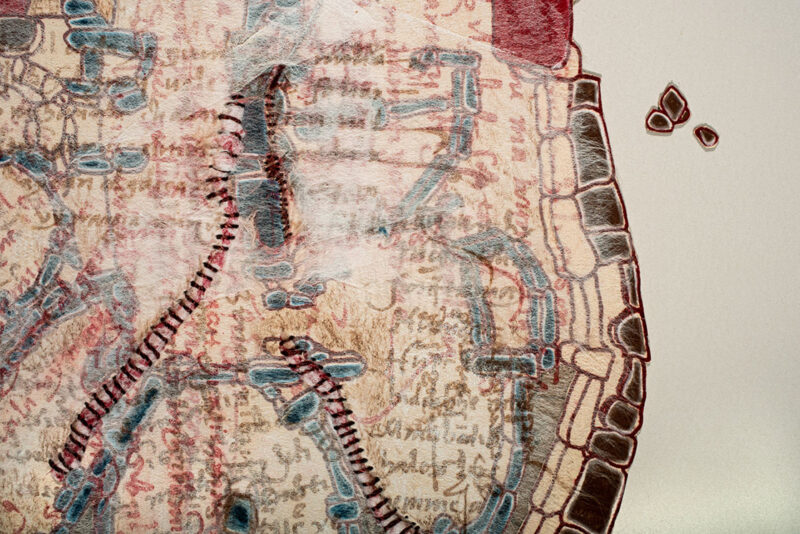 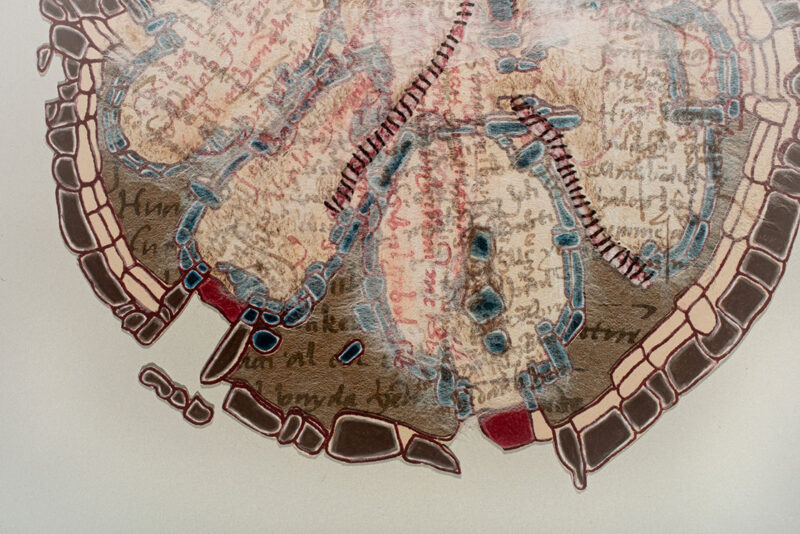 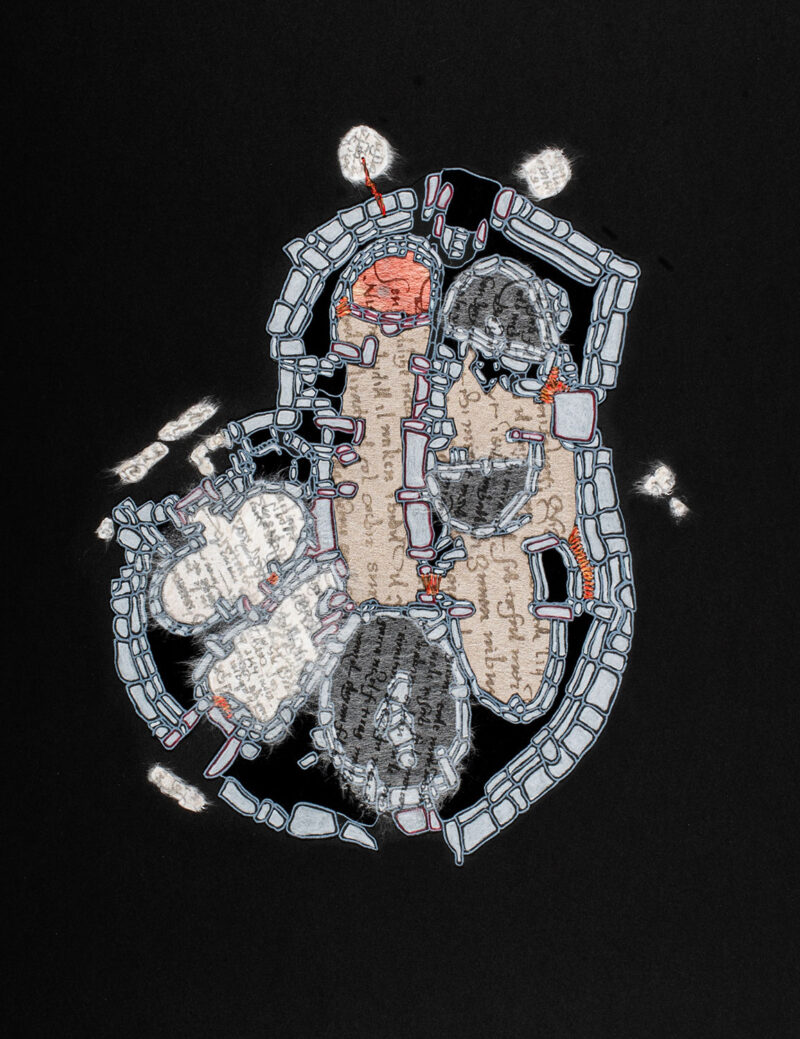 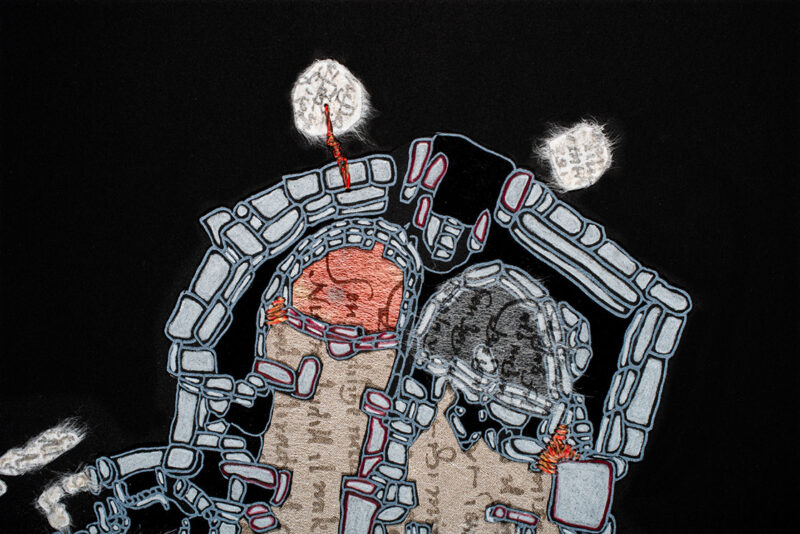 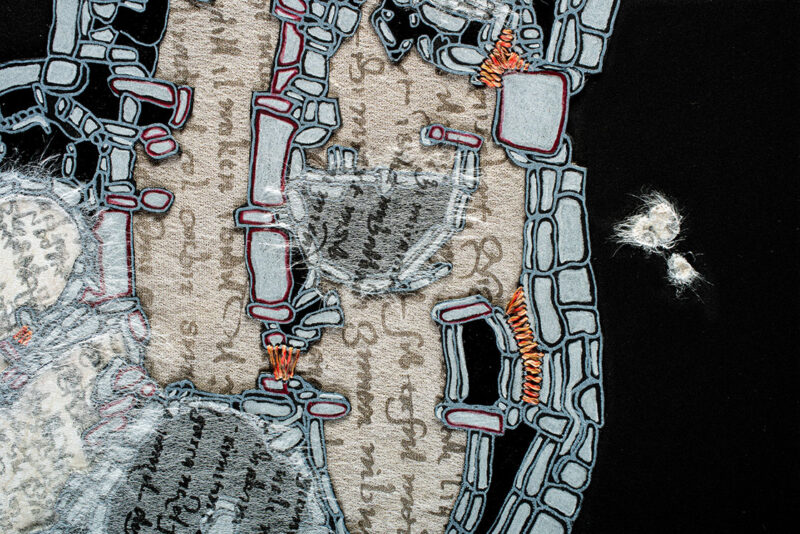