The presentation was offered as part of a group discussion with members of the University Chorale and the public regarding Brahms’s Ein Deutsches Requiem, with colleagues at the John J. Cali School of Music, Marissa Silverman (Music Education) and Brian Abrams (Music Therapy). The discussion preceded a performance of the Requiem by the University Chorale, with Heather J. Buchanan conducting. I asked two questions: What evidence do we have of Brahm’s relationship to the past? And what does it mean to describe music as “universal”? We discovered that Brahms owned a large library that included several valuable manuscript scores. He was involved in publishing editions of Bach’s works. He was also a skilled choral conductor. We examined Brahms’s invocation of Bach in his concert arrangements of Bach’s “Est ist genug,” as well as his own motet “Warum ist das Licht” (Op. 74, No. 1). We discussed the idea of “human” music, in the sense of transcending nationality and religion. Brahms’s misgivings about his title for the Requiem allude to the conflicted nature of German identity during the late nineteenth century in both political and religious spheres. 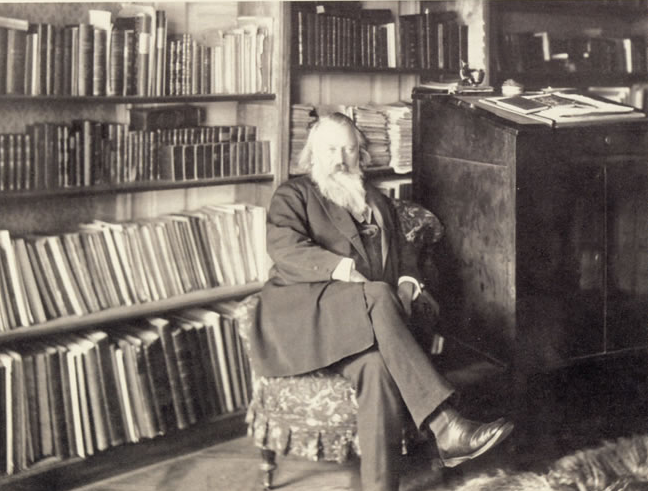